A London Fog is a lightly sweetened, vanilla flavored Earl Grey tea latte. It’s the perfect afternoon pick me up and a great alternative to coffee.

I am most definitely a coffee drinker. I drink exactly 2 cups of coffee every morning, and occasionally an additional cup in the afternoon. Lattes are my coffee drink of choice.

But every so often, I find myself craving tea instead of coffee. Usually I’ll just brew a plain cup of tea, but If I have a few extra minutes, and feel like an extra special treat, I’ll make myself a London Fog.

What is a London Fog?

A London Fog is basically a latte made from Earl Grey tea and a hint of vanilla. It was apparently invented in Vancouver, which is probably why I used to see them on coffee shop menus all the time when I lived in Canada, but never here in Wisconsin.

Making a London Fog is just as easy (if not easier) than making a coffee latte. First you brew the tea, ideally strong. Then you froth and heat (or steam) the milk, and stir in the vanilla and sugar.

Alternatively, you can just use store bought vanilla flavored coffee syrup, but since I never have that at home, I just use regular sugar and vanilla.

You will end up with a comforting warm drink that’s both lightly vanilla flavored, slightly sweet, with a hint of citrus from the tea. It’s a great pick me up if you’re not a coffee drinker, or just feel like something different.

The nutrition information in the recipe below is calculated using 1% milk. Using a plant based milk will likely result in slightly less fat, and likely less protein too.

The nutrition calculations assume you are using 1 teaspoon of sugar. Using more sugar will result in a higher sugar (and calorie) content of your London Fog. 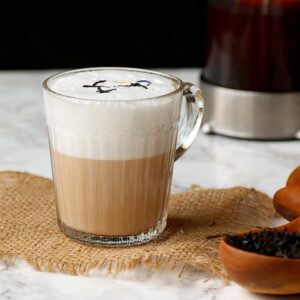 A London Fog is a lightly sweetened, vanilla flavored Earl Grey tea latte. It's the perfect afternoon pick me up and a great alternative to coffee.
Prep Time5 mins
Servings: 1
Calories: 70kcal 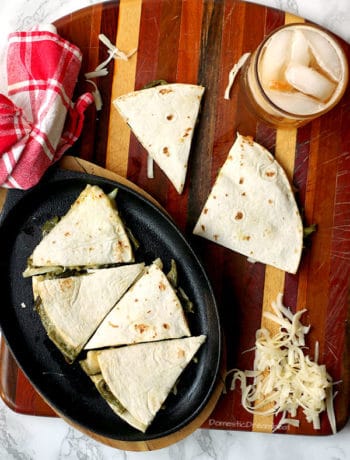 Top
30shares
We use cookies to ensure that we give you the best experience on our website. If you continue to use this site we will assume that you are happy with it.Got It!