Holidays are a time where tradition becomes very important to many families. Christmas especially. It can be tradition for families to participate in certain activities during the holidays, and it can be tradition for families to eat certain foods. My family had strict meal traditions during the holidays pretty much as long as I can remember. From the traditional Ukrainian dinner we ate on Christmas eve, to the seemingly never changing dessert platter that was always available and constantly replenished, to the foods we ate on Christmas morning. 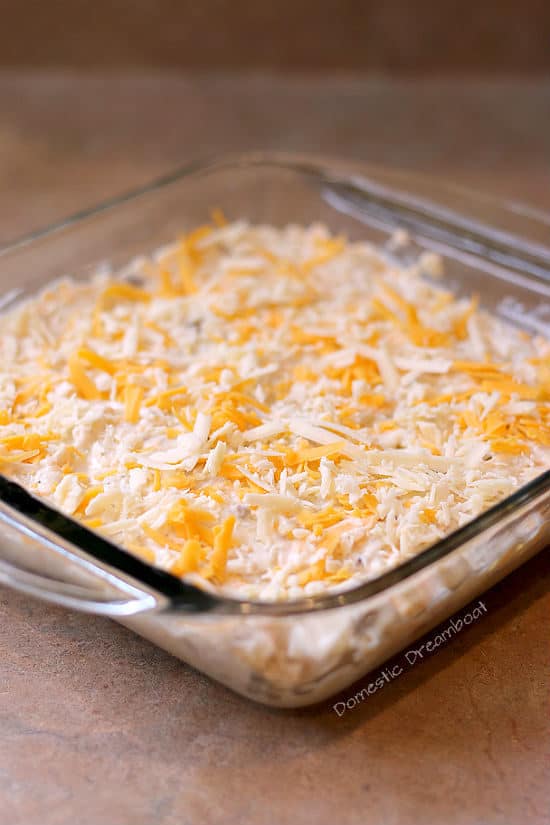 When I was a kid, Christmas morning looked like this: us kids would get up super early. We were allowed to open our stockings only (no presents!) before the adults got up. My grandma would usually get up early too, and start getting breakfast out. She’d put out a breakfast treat platter containing homemade donuts and cinnamon buns, as well as a fruit plate. This was our morning “snack” (aka a large breakfast to most people). Then we’d wait for the hot breakfast which consisted of this Cheesy Hashbrown Casserole (we called them Schwarties Potatoes), an egg casserole, fried sausage, fried eggs and toast. It’s a miracle we could even eat again later in the day after that. 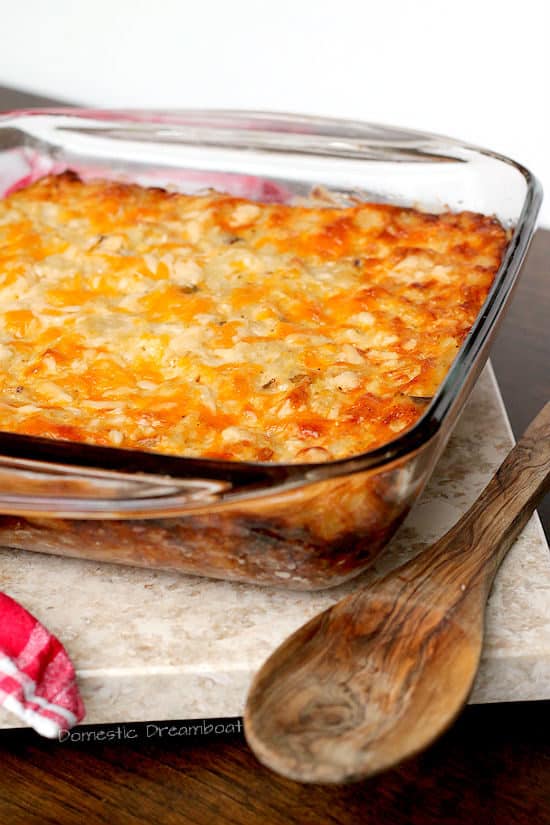 When my husband first tried this super cheesy, rich, creamy casserole, he insisted I get the recipe. I did, and true to my dietitian ways, I have altered it a little bit to make it a little healthier – but it’s still not exactly healthy. It’s basically mac and cheese with potatoes instead of mac. However, it’s got a little less fat than the original recipe, and tastes just as great. 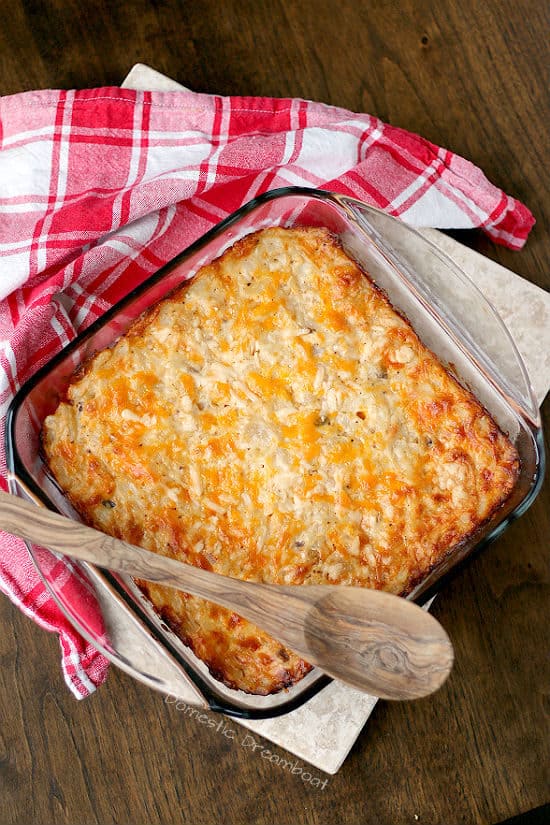 Now that I’m in charge of my own holiday menu, this one doesn’t always make the Christmas morning cut. I opt for a fresh dish of homemade cinnamon buns or monkey bread instead, along with fruit salad. Besides, who wants to wait until you’re done eating a morning feast to open presents? I do find some way to serve it though – perhaps for Christmas eve breakfast, or New Years day. After all, nothing cures a champagne hangover better than a comfort food casserole full of cheese and potatoes. 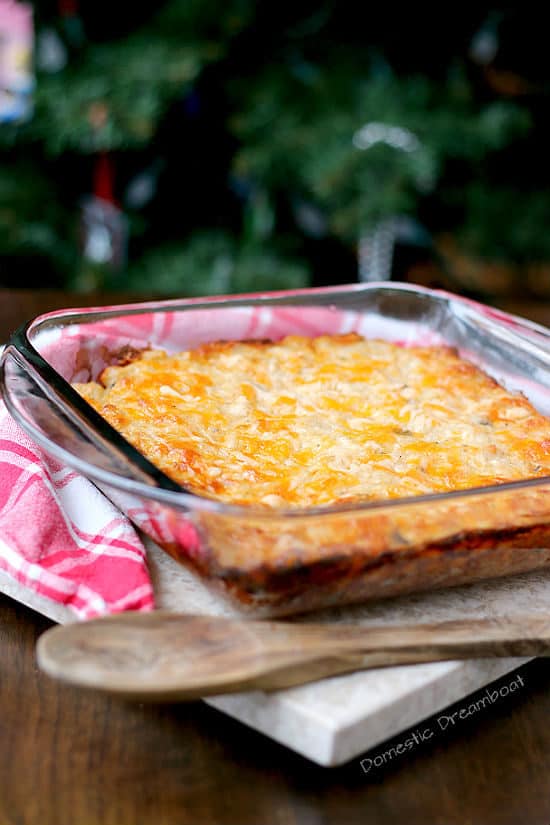 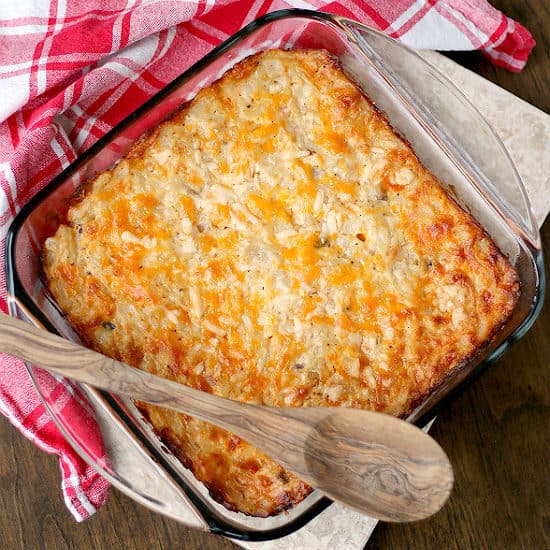 This cheesy hashbrown bake is a great make ahead breakfast, but also works well as a side dish.

To make ahead: prepare until the end of step 3. The hashbrown mixture can be refrigerated up to 24 hours in the baking dish. Cook as directed.
Tried this recipe?Mention @DomesticDreamboat or tag #DomesticDreamboat!

This cheesy hashbrown casserole is gluten free, as long as the condensed soup you choose is also gluten free. 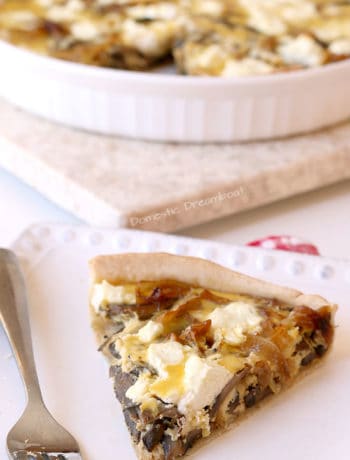 Top
88shares
We use cookies to ensure that we give you the best experience on our website. If you continue to use this site we will assume that you are happy with it.Got It!