I decided to take a break while visiting with my parents and sister. They came for a mid-winter visit. Though most of our time was spent being lazy at home, we did get out to see some sights. Of course we went to see the Wisconsin State Capitol, and went for lunch at the Old Fashioned. We also took advantage of the beautiful winter weather we’ve been having and went on a quick visit to the Zoo. Then we loaded up the minivan my parents rented, and went for a weekend drive to buy some great coffee from Ruby Coffee Roasters and taste some beer at Central Waters Brewing and O’so Brewing. And of course, Hubby and I took advantage of free babysitters and went on a hot date.

Now they’re gone and it’s back to the same old routine. So hopefully over the next couple of weeks I’ll get creative and make some new food and take some pictures. Today I bring you something I made just before my guests arrived: Caramelized Onion and Sauteed Mushroom Quiche. I have to admit that prior to about 6 months ago I had never tried quiche before. I don’t know why, the opportunity just never arose. Then I went to lunch at a friend’s house, and she had made a crustless version loaded with veggies. And I loved it, but it did cross my mind that it would be even better with crust. So I made some – with crust.

Very much like my Caramelized Onion and Mushroom Pizza, this quiche was inspired by some appetizer tarts Hubby and I made in a cooking class we took together way back before we were married, and just newly living together. Actually, this quiche is pretty much just a large version of those tarts – caramelized onions and sauteed mushrooms with an eggy quiche custard, and some creamy goat cheese sprinkled on top. I used a regular store-bought pie crust (use the kind you have to roll out, or your quiche might overflow), but you could use a puff pastry or phyllo crust instead if you prefer.

Of course, to make the quiche, you have to first make the caramelized onions and sauteed mushrooms. If you’ve never made caramelized onions before, you should know that it can take a really long time, and it can’t be rushed. So if you know you’re going to be short on time when you’re making this, cook the onions and mushrooms ahead of time and store them in an airtight container in the fridge until you’re ready to cook. Gotta love a good make-ahead!

Serve this for a great breakfast or brunch (it would be PERFECT for Easter morning), lunch or, if you’re like me, breakfast for dinner. Serve with a side salad and/or some fruit and you’re good to go!

Onions and mushrooms can be prepared ahead of time, and stored in airtight containers in the fridge for up to one day.
Tried this recipe?Mention @DomesticDreamboat or tag #DomesticDreamboat!

If you’re looking to cut back on carbs, fat and/or calories, or you need to make a gluten free quiche, consider making a crustless quiche. Prepare according to above directions, except put the caramelized onions and mushrooms straight into a well oiled pie plate or quiche dish, then continue as directed. This will reduce calories, total and saturated fat, carbohydrates and sugars. 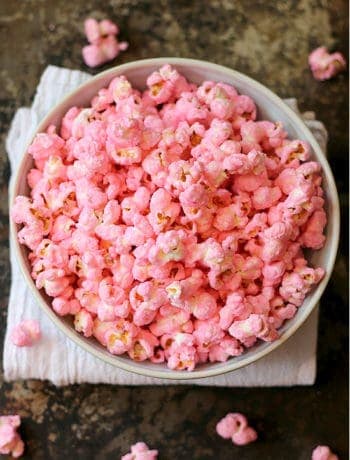 Top
6shares
We use cookies to ensure that we give you the best experience on our website. If you continue to use this site we will assume that you are happy with it.Got It!