This Muhammara is a Middle Eastern dip that’s made with roasted red bell peppers. It’s tangy and a little bit smoky with a tiny bit of heat. It’s totally addictive!

Fellow bloggers: tell me, has this ever happened to you? You’ve come up with an idea for a recipe, and tested the recipe. You’ve even fully photographed the food with the intent to put the recipe on the blog…but then you just kind of forget about it. Or maybe  you forgot that you haven’t actually completed the blog post? That’s what happened to me with this Roasted Red Pepper Dip (Muhammara). I took these photos back in October. Then the other day, I searched my blog to find the recipe – I was sure it would be there. But nothing. I quickly checked my post drafts. Nope. I immediately blamed the internet, because it must not be my fault. Wrong again. I checked my photo folders, and there they were. One photo edited, the rest just sitting there, completely forgotten. Maybe I need a better record keeping and planning method.

Anyway, better late than never. I have made this muhammara many times. I love that it’s slightly sweet, but slightly smoky from the charred red peppers and just a little bit of heat from the cayenne. Plus the ground walnuts and bread crumbs give it a nice, thick texture. My favorite thing to dip in it is homemade pita bread (store bought is fine too if you have access to good, very fresh pita – I do not). It’s also good with veggies or crackers.

You could even make a large batch of roasted red peppers at once, and store the leftovers in the freezer for the next time you need some fresh muhammara. And yes, it does work with canned roasted red peppers (usually packed in water in a jar, you might find them near the pickles in your grocery store), but the dip might turn out a little more watery. Make sure you dry them off very well if you choose to use them. 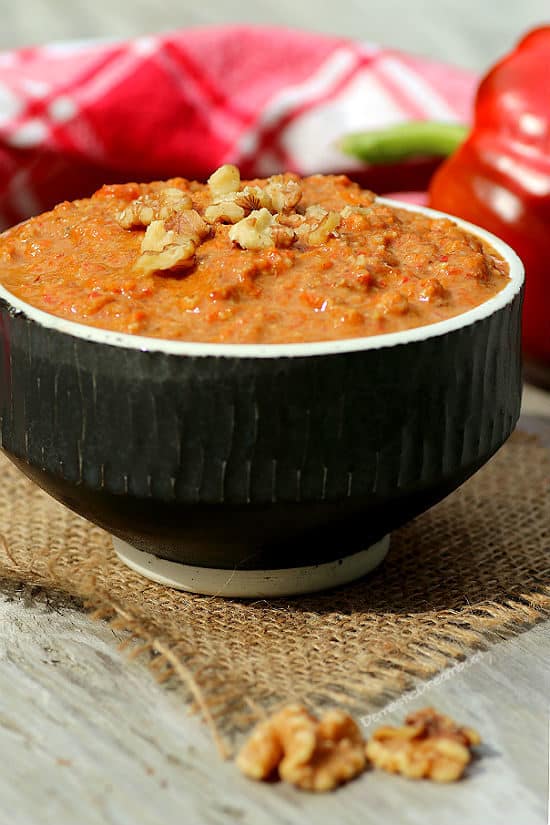 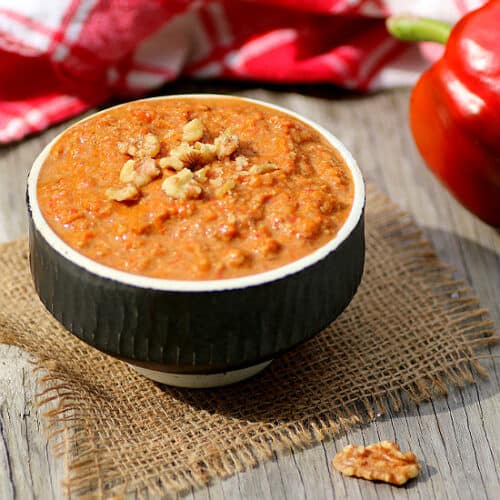 If you don't have pomegranate molasses, use 3 Tbsp lemon juice, 1 Tbsp molasses and 1 tsp honey instead.
Tried this recipe?Mention @DomesticDreamboat or tag #DomesticDreamboat!

Although muhammara is made mostly from roasted red peppers, it is still high in calories due to the generous amounts of walnuts and olive oil in the recipe. However, these are healthy sources of fat, and overall this dip is a better choice than others made with saturated fat (like cheese or dairy based dips).

How to Make Your Own Baby Food

How to Make Bread Kvass

Top
50shares
We use cookies to ensure that we give you the best experience on our website. If you continue to use this site we will assume that you are happy with it.Got It!