Since I’ve moved to the US, I’ve been embracing Mexican and Tex-Mex foods, both in restaurants and at home. Authentic Mexican food is definitely really hard to come by in Canada. At least it was in Edmonton where I lived. In a city of roughly a million people, Urbanspoon lists only 30 Mexican restaurants.  About half of those are fast food burrito places. In Madison, where the population is less than half that of Edmonton, Urbanspoon lists 87 Mexican restaurants. Only a handful of those are chains or fast food restaurants.

Mexican ingredients are hard to find in Canada too. Living there, I could never find fresh tomatillos to make things like Tomatillo Salsa. It was even hard to find corn tortillas! Now I can buy all the ingredients I want to make Mexican food, so I do, because it’s new to me.  Now I can’t say these Black Bean Vegetable Quesadillas are authentic Mexican. Nonetheless, they are good. I make them at least monthly in my house. They’re easy, and my family loves them. I recently made them for my parents on vacation, and they loved them too. With no meat! This is a great use for your homemade Whole Wheat Tortillas.

The hardest part about making these quesadillas is the chopping. But it’s really not that bad. You will be chopping a small red onion, a red bell pepper and some mushrooms. Use a food processor if you’re really short on time.

The veggies get sauteed, along with some chili powder and garlic. Then throw in the black beans and cook until hot.

Season the beans and veggies with some lime juice, cilantro and salt and pepper. This mixture can hang out until you’re ready to assemble the quesadillas, if needed. Or you can use it right away.

To assemble the quesadillas, spray or lightly brush one side of your tortilla with canola oil. On the other side, spread a layer of bean mixture and top with some shredded cheese. Fold it in half and place in a skillet over medium heat. Repeat with a second quesadilla, cooking 2 at a time. Cook until lightly browned, then flip and cook until the second side is browned and cheese is melted.

Cut quesadillas into quarters and serve with fresh salsa or sour cream. Serve with a green salad to complete the meal.  Meat lovers can replace the beans with shredded chicken, but you’ll be missing out on all the delicious fiber in the beans.

These quesadillas are a favorite that the whole family will love. Plus they're meatless and loaded with fiber and vegetables, so you'll love them too.
Prep Time15 mins
Cook Time20 mins
Total Time35 mins
Servings: 6 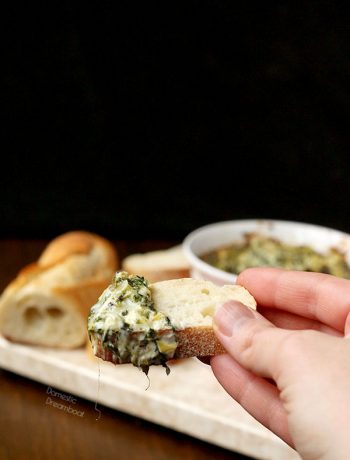 Top
1shares
We use cookies to ensure that we give you the best experience on our website. If you continue to use this site we will assume that you are happy with it.Got It!